This crazy Covid club season has melted hurdles into inspiration for Dan Boardman as he leads Bond University into the finals in Queensland for the first time.

If you want a captain who lives the rip-in commitment to push harder on the field as well as life balance, the 23-year-old centre from Ballina is your man.

There was a point this season when Boardman had to choose between footy and his devotion to being a support worker for wheelchair-bound former rugby player Perry Cross.

He spoke to Bond Uni coach Grant Anderson and went into a staggered five-and-a-half week lockdown to help care for Cross at his Gold Coast apartment because he knew what the decision had to be.

In 1994, Cross was left a C2 ventilated quadriplegic at just 19 after an injury playing rugby dictated 24/7 medical care.

He has pushed boundaries ever since as an inspiring motivational speaker, with his studies for a dual degree from Bond and through the ambition of the Perry Cross Spinal Research Foundation...“To cure paralysis for all.”

“I really love what I do as a support worker and Perry is such a super switched-on guy,” Boardman said.

“I’ve gained a real measure of what’s important and what’s not from him.

“Even after a good win, you pull back and realise it’s just a game of footy.” 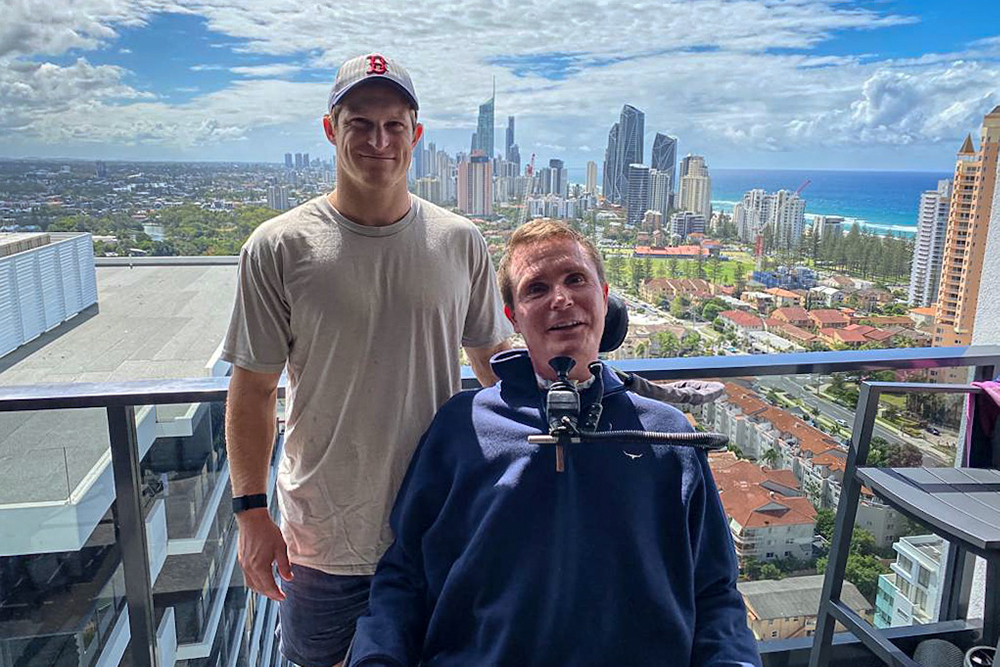 That’s not to say Boardman and the Bond boys won’t be throwing everything at 2018 premiers GPS in Saturday’s knockout semi-final at Ballymore in Queensland Premier Rugby.

Thumping University of Queensland 48-28 last weekend earned Bond Uni entry to the finals for the first time since the club was forged out of a partnership with the old Gold Coast Breakers for the 2014 season.

“It’s massive for the club and so much more rewarding in a year like this after everything everyone has been through,” Boardman said.

“We are riding that feeling of making the finals for the first time but we know the job is not finished and we’ll go hard at Jeeps.”

In March, Boardman had to make a Covid-19 call with Cross's fellow support workers Vitori Buatava and Josh Fuimaona, both former Breakers players.

“I decided to lockdown with Perry because the situation with him is serious where he just can’t contract the virus,” Boardman said.

“Luckily, there were no games on at that March-April time so I organised with my coach to take the time away over a five-and-a-half week period.

“Food was delivered, Perry and I brainstormed on ideas, the dumbbells and gym equipment brought in kept up fitness, there was a bit of binge watching of David Attenborough docos and generally we stayed creative.

“Even now, I’ll work things out with Josh and Vitori so my roster of 24-hour shifts works around training on Tuesday and Thursdays and a game on the weekend.

“Like I said, ‘perspective’ is the big thing that Perry has shown me because he always says there is someone better off than you and someone worse off out there.”

“It’s good insight to have after a s*%# day because it does make you appreciate rugby more and the things outside the game.”

Cross loves his rugby and what Bond have achieved and attended a recent game in the run to the finals. 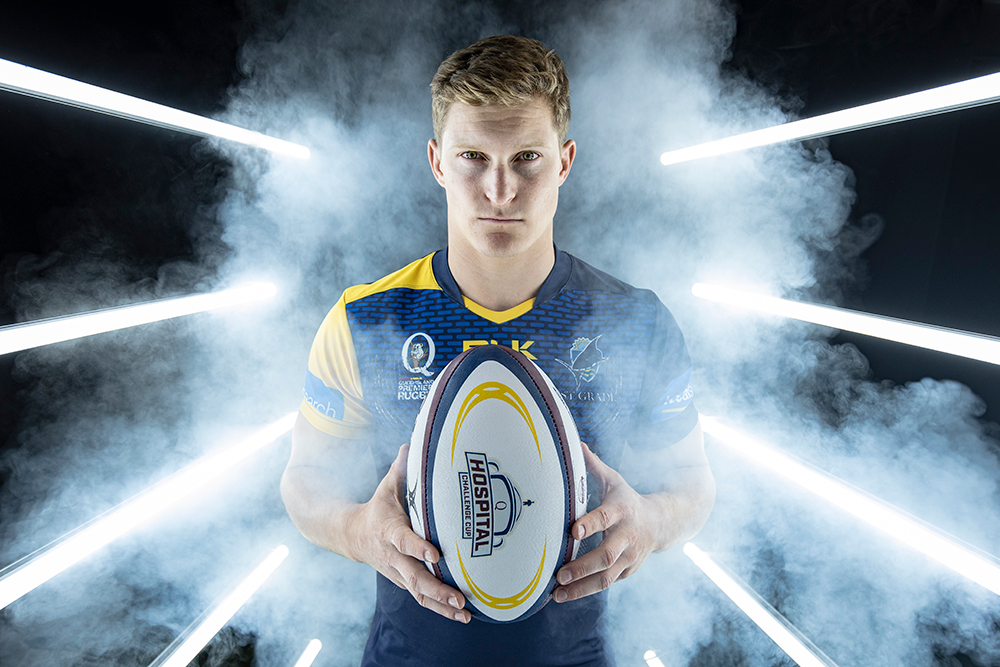 Don’t take your eyes off the speed out wide either where Joey Fittock and pacy young winger Rhian Stowers, with his collection of colourful headgear, are standouts.

GPS will be bolstered by Reds prop JP Smith and squad lock Tuaina Tualima and will take Bond on up front.

"Bond are a very fit team and have some phenomenal outside backs so we have to put on the defensive pressure," GPS coach Elwee Prinsloo said.

The availability of Reds forward Angus Scott-Young is a major lift for University of Queensland for Sunday’s major semi-final at Ballymore.

On Wednesday, Uni had his two-game ban for stamping reduced to the one game, on appeal, after he was sidelined on the morning of last weekend’s loss to Bond.

Scott-Young will likely play lock which means Sam Wallis, Pat Morrey and Conor Mitchell, back from his stint in Ireland, will start as a mobile, high-energy backrow.

This article was originally published on RUGBY.com.au.